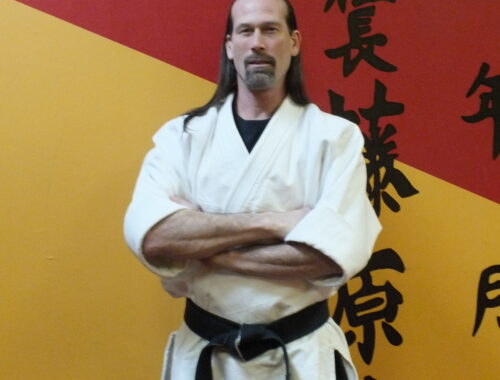 Mr. Wos began his teaching career in 1993 when he became a certified instructor with the Tracy Organization. Since then he continued his training and has attained a 6th degree black belt in Chinese Kenpo. In 1995 John began his training with Mr. Bart Vale of the International Shootfighting Association. Achieving Instructor certification and a 2nd degree black belt in Shootfighting. In addition, John is an official Certified Training Instructor of Pankration for the Olympics. In 2013 Mr. Wos was inducted into the Kenpo International Hall of Fame.